Royal Ascot comes after the Cheltenham Festival and the Grand National in the horseracing year.

Although it is not of the same stature as Cheltenham and the Grand National, Royal Ascot still commands attendance figures of approximately 300,000 visitors over the five days that it is held.

Another factor in its favour is that it is the most valuable of the British race meetings, with this highlighted by the £5 million prize money that was allocated to this year’s event in June.

Figures Down Significantly On 2012

The rich heritage of Royal Ascot led to Channel 4 acquiring the broadcasting rights for the 2013 event, taking over from the BBC.

It is likely that Channel 4 was hoping for strong viewing figures, based on the performance of last year. That was not to be the case, however, with only 900,000 tuning in for the Friday leg of the event. In stark contrast, 1.7 million tuned in on the Friday in 2012 when the BBC was broadcasting Royal Ascot.

The figures can suggest nothing other than a poor performance in the minds of channel 4 executives. 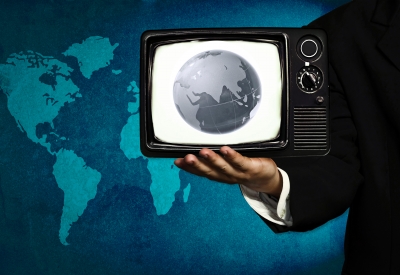 The poor performance cannot even be attributed to a lack of interesting headlines at Royal Ascot. One of the major headlines, which was also reported in mainstream bulletins outside of sport, was that the Queen finally manage to win the Gold Cup.

Her horse Estimate rode to victory on the Thursday and served to ignite a spark of interest around Ascot and with news reporters, although not to a desirable level amongst the general public.

This year the figure decline underneath to 280,000, highlighting a worrying time for the future popularity of Royal Ascot.

Media sources have begun to question whether the main news stories from Royal Ascot have been that interesting in recent years.

Horseracing enthusiasts have certainly found them to be interesting, but now the media is beginning to doubt whether or not they actually have been.

The Queen provided a major story for the 2013 but even that did not serve to increase the viewing figures on Channel 4.

The major fact to be drawn from the sharp decline in viewing figures is that it appears Channel 4 is not as popular as the BBC.

Channel 4 now holds all of the cards in broadcasting horseracing in the UK, having spent £20 million to acquire right for the next four years. But aside from stumping up cash, it is widely accepted that Channel 4 delivers a superior viewing experience because of the quality of the coverage provided.

Regardless of quality, it seems to be a simple matter of TV channel preference that caused the decline in viewing figures for Royal Ascot 2013.