What’s better than playing video slots? Apparently, watching other people play video slots. The growth of online streaming has propelled in the last few years to the point at which everyone has considered or tried to stream their gameplay. Whether it’s video games, IRL streams (in real life) or video slots, you’ll be surprised at the audience you can generate. Find out how streaming your favourite Wizard Slots titles can be monetised.  For those interested in playing slots outside the UK, they can access the site with a UK VPN.

Twitch are currently the biggest live streaming video platform in the world and give you the opportunity to stream to your preferred audience. Not only that, but if you manage to build a big following, you’ll be able to make some money along the way.

Subscriptions are the main source of income generated by Twitch streamers and indicate the success of your stream. As you start to build a following on the platform, more and more people will show their support by subscribing to your channel. However, only Twitch Partners and Affiliates can receive subscriptions.

Donations are a popular method for fans to show their appreciation for their favourite Twitch streamers. The one-time payment can be anywhere from one dollar to thousands of dollars. The size of the donation depends on the generosity of the fan and how entertaining your stream is, so make sure you’re always putting on a show while you play top-rated slot games.

The only downside to donations is that they aren’t protected by Twitch, so people can retract their donations within 180 days of making that payment. But, don’t panic, true fans will always stick by you and reward you when they see fit. 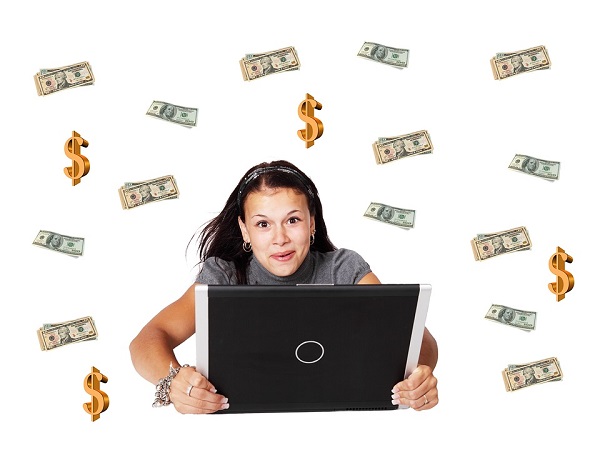 Bits are a cool way to donate and visualize your support through colourful animations. Bits can be purchased with real money via Amazon Payments and fans can then share them with their favourite streamers. Twitch Partners and Affiliates will receive one cent per bit, for example: 1000 bits is equal to $10.

To make people more interested in donating bits, you can add animations and special alerts to each donation. Not only that, but you can implement a special badge system that will be displayed next to viewers names in the chat. Make sure you thank each individual donator and maintain the positivity within your stream.

Although video ads are considered to be the biggest money-making method of Twitch streamers, but the reality is the complete opposite. Running video ads before or during your stream will generate revenue, but only a small amount. The average pay-out that Twitch offer for running ads is approximately $2 per 1,000 views.

Video ads are perfect for up and coming streamers that are looking for every possible way to generate some extra income. However, only Twitch Partners can run these ads.

Whether you’re a Twitch Partner or not, sponsorships are on offer to all streamers. You’ll have a variety of options at your disposal as sponsors from numerous industries are always looking for some exposure. Obviously, the bigger your stream is, the more money you’re likely to receive from your sponsorship deal.

In some instances, a company will reach out to you because they’re aware of your stream and the service you provide. But, reaching out to companies by yourself and showing enthusiasm can be extremely beneficial for your stream and potential income.