This is a rather rare view to see. Financial Times rarely decides to openly, publically, and really fiercely bash one of the leading financial institutions. In this case, this was Citi, and the reason for this criticism was the report on Bitcoin titled ‘At the Tipping Point’. Well, it’s not really up to us to decide whether it was embarrassingly bad or not, but FT’s judgment may have been slightly overreacted. The already-mentioned story is a snappy and witty piece that has one aim only. It is to dismantle (one-by-one) all the arguments presented by the GPS department of Citi (the Global Perspectives & Solutions division) in their recent report. And maybe FT’s recommendations for their readers to avoid the reading of the report were a bit off. Why is that? Because probably the reports were not targeted at the typical Financial Times’ reader. And well, just by looking briefly at the report you can clearly see that there is an interesting and wide selection of experts, specialists, and pundits. But there are two names that seem to be directing the shape of the whole report, though. This of course does not take anything from other people’s words in it, but honestly, the mentioned duo seems to be taking the stage over. And it’s interesting to think what was the reason for it, because maybe, only maybe, there was more business than we think. So maybe let’s focus on the two gentlemen for a second.

Who were these influential experts?

The first gentleman’s name is Zac Prince, and he (by chance) is the CEO and founder of the BlockFi company. They emerged to the public opinion in 2019 and have since noted a really impressive rise to the top of the decentralized finance sector. And only a few weeks later, the story of Grayscale Investments’ engagement in the launch of an ETF based on bitcoin emerged. First, this is a brave endeavor, that has never been done before, and second – guess who is the largest holder of Grayscale Bitcoin Trust? BlockFi, which has $35 billion of it. Apparently, BlockFi hit the news on the very same day. This time, because they received impressive funding in the fourth round. One of the key investors was Bain Capital Ventures, and the full amount of investments that BlockFi received reached $350 million. Of course, the valuations of the company also skyrocketed, at the pace that was previously seen with the likes of Coinbase and Robinhood, when speculations of their IPO begun (eventually Coinbase’s IPO appeared to be kind of dismal, but this is a topic for another discussion). The second expert is Matteo Leibowitz, who works at Uniswap as Strategy Lead. His company is yet another example of vast development in recent months, as they jumped from $10 billion of valuation in September 2020 to more than $50 billion today. And it goes on, at a really impressive pace. Uniswap is really tightly connected with Coinbase, the company that only recently IPOd, and it was hoped to be the record-high (but it was not). Good publicity is always good, especially when you’re trying to be present in the media before such an important event as the debut day on the trading floor. 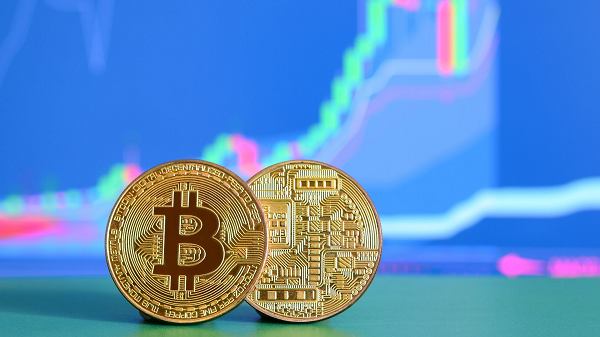 So why wasn’t Decentralized Finance highlighted more in the report?

Leibowitz and Prince did not dominate the report entirely. So what was the reason for that? There are really obvious gaps in information, that could really irritate the FT experts. And had Bitcoin and DeFi been properly described in the report, maybe there would not be so much fuss and criticism about it. DeFi is still a growing branch of finance, which has the potential to become really important for the whole market. With growing uncertainty towards central banking, this could possibly one of the alternatives. If you want to get to know more details about Citi’s report and read a really comprehensive, witty, and in-depth analysis of the whole Financial Times controversy, you should definitely go and check out the piece published by Disruption Banking written by Joel Oluwatobi: https://disruptionbanking.com/2021/04/07/hey-citi-your-bitcoin-report-is-not-embarrassingly-bad/.

The Importance of Getting a Home Insurance

Top 5 Most Popular Bitcoin Exchanges in 2021

The Importance of Getting a Home Insurance

Ways to Automate Your Home and Save Money

How To Choose the Right Strategic Planning Consultant for Your Business

Top 5 Most Popular Bitcoin Exchanges in 2021