There are a lot of online games where you can earn their virtual money, as well know as “gold” and then sell online for real money.

But you have to know that this procedure is against the rules of the various game operators.

This business is present for example in Second Life, or in massively multiplayer online game, like the most popular World of Warcraft, as well know as “Wow” or also in other online games, like Ultima Online and Lineage.

Most popular and common gold farmers are in China : a million of Chinese are earning money by acquiring and selling “Wow online gold” to gamers in other countries.

They play the games (and they make money online playing games) and then they sell the virtual gold aquired for real cash.

They choose this activity because, sometimes, they can earn more money than assembling toys in a factory for 12 hours a day, for example.

In these last few years virtual gold farming has become a very vast and huge business.

Rich developed countries gamers prefer sometimes to buy gold online in order to make faster the goal to be powerful in game, saving time than playing to reach that amount of money online.

Estimated data suggest that gold farmer activity employs more than 500,000 players who spend their days stocking up on gold. 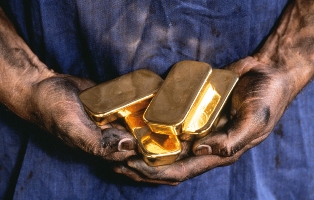 Perhaps as many as 10 million players worldwide buy gold or services from farmers that help them advance in the game and make it “easier”.

There are thousand of web sites that sell virtual gold and merchandise to use in game play and they sell also service of “powerleveling”, which consist in bring a character from a low level to higher.

The transaction is made through PayPal or other services that transfer payments online to gold selling companies.

Buying and selling gold in the commodity market has been an age old practice and it has made many millionaires.

What make the traditional gamers angry, but above all the game operators, is that the gold farmers and people who buy from them, impact the virtual economy of these virtual worlds.

The gold gained ingame is used to purchase high level weapons and equip or it can be sold for a price to the other players.

This is where the deal gets controversial because players are willing to pay real money for virtual gold.

Blizzard (the creator of World of Warcraft) is occupied in the activity to control gold farmers, but they are just too many and it is very difficult to actually stop their actions.

Of course if a player is caught buying or selling gold, they will have their character locked and they can be banned or have their account cancelled.

If you like games, then virtual gold farming can be a funny way for you to make money online !