Magic: The Gathering – otherwise known as Magic – is a collectible card game started by Wizard and the Coast. It was the first of its kind, released in 1993, and pioneered the trading card game economy.

Collectible card games are different to normal card games. There is no standardised pack that each player will start the game with. Instead, it’s the only type of card game where the strategy for a game exists before a game even starts – meaning that everyone overtime has a acquired a different deck.

With over a 20 million player base, around 20,000 unique cards and many billions of Magic cards printed into orbit, it comes as no surprise that this is the most popular collectible card game.

In order to facilitate the ongoing strategy of card collecting games, there is of course naturally a huge secondary market. The company Wizard is the only producer of Magic cards – so they pick the price of each pack, and the value of the cards inside it, in order to maximise their profits.

There is a constant influx of new sets by Wizard, making the game an expanding and growing economy. Unfortunately, this has meant that some players give up and cannot afford to keep up with the evolving metagames that spring to life after new sets are released.

However, it is the amount of valuable cards supplied which drives the secondary market, too.

To give an idea of how rare and valuable some cards can become, on eBay there are some being auctioned for over $100,000.

Making a living through trading cards? 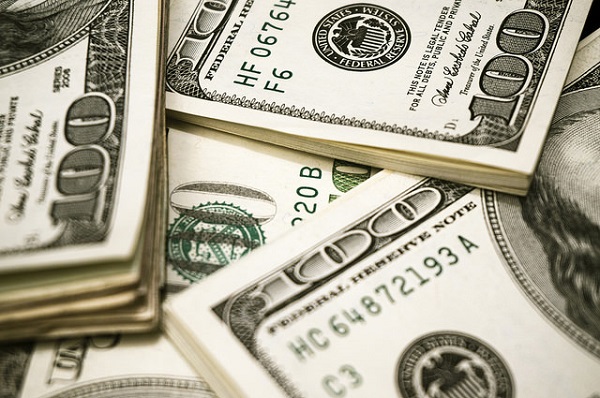 With such high valuations of cards, frequent release of new sets and high circulation of cards, making a full-time living through trading cards is no doubt possible. It is easier to have faster turnarounds of cards with a store for example, but many investors actually achieve good returns remotely through online marketplaces.

Unfortunately for newcomers, the price of the cards is not just directly indicated by scarcity alone. The price is made up of their value in the context of the game as well. This means before you start to invest much money, you should play the game a little bit to gain enough understanding of the mechanics and core deck strategy.

Generally, extremely high value cards do not want to be relinquished by players unless it is for a significant profit. This of course happens, but it is not where most of the trades occur. Trades tend to be based more around speculation of new cards and their future value, before the cards become that valuable.

Grading Magic cards is a system in which a company will verify the condition of a card – which is also a factor of its price. The grading scale is between 1 – 10, with 10 being flawlessly looked after cards. This helps new investors to avoid counterfeits, but really, it is just another way for the value of cards to inflate for the very dedicated collectors.

Grading companies PSA and Beckett (BGS) are the only two companies that should be considered. Once a card has been graded by one of these companies, its value is more likely to hold in the long term. This is the preferred choice among investors in MTG – an important step in the investment process.

Making money with graded Magic cards can be done. There are people who make it a full–time job, and many who use it to supplement their income as side-money.

Generally, you want to focus on early sets which are in as good condition as possible. The most cards with the greatest price increases will always be the ones with high grading. Collectors keep them in such good shape that an average grading of 7 does not get let off because it is decades old.

New investors that haven’t played much should first get themselves acquainted with the top iconic cards and focus on these. Buying cards prices below their worth is of course a focus, with eBay recently sold being a great resource. An important skill is being able to adjust these researched recent prices to make them relative to their grading.

Riding a positive trend is going to be key to any buy-and-hold strategy, whatever the investment. There are many tools that can be used to view trends of cards – for example real-time Google Trends, which shows the quantity of searches for a term (card) in a given location. Using general speculative techniques like this along with focusing on grading can be profitable even for newcomers. If you are looking to get serious about going full time with Magic treading though, racking up game-time and understanding becomes key.