While the U.S. Mint has historically been at the forefront of anti-counterfeit protections, major security improvements took place during the 1990s.

Yet the government has continued to improve its anti-counterfeit measures and is nearly ready to release new high-tech $100 bills this fall.

Beginning in 1990, the U.S. began to introduce bills designed with security thread. Sometimes this thread is referred to as a ribbon.

The thread glows when it is shown under an ultraviolet light.

The threads show a different color under ultraviolet inspection depending on their denomination.

The use of this security feature has dramatically decreased counterfeit copies.

Aside from security thread, the mint began to employ microprinting as a means to differentiate bills from counterfeit copies.

Microprinting cannot be copied by most printers because they do not have the required resolution for so small a print.

Each denomination contains some microprinting found in specific areas of the bill.

For instance, $5 notes incorporated microprinting on side borders and on the lower edge of the portrait’s frame.

Microprinting has become a vital security measure that protects the integrity of the notes’ design. 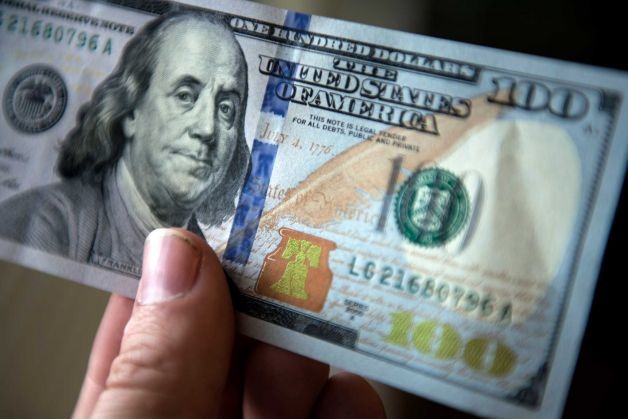 Beginning in 1996, the U.S. government began to introduce notes with watermarks.

When held up to the light, the watermark depicts light and dark areas that cannot be copied by printers or scanners.

This makes the bills difficult to counterfeit.

Counterfeiters that use low denomination notes to repurpose as larger notes find it impossible to reproduce these watermarks.

Fine line patterns can be found near the portraits of the bills.

Scanners and printers used by counterfeiters cannot effectively reproduce these patterns, making it difficult for them to produce effective copies.

In addition, the color-shift ink appears green when view straight on, but changes to black when viewed from a tilted position.

Staying on top of currency security is a challenge for the mint.

However, it is about to release a new $100 bill this fall that will employ these as well as new security measures.

Their currency is likely to prove more difficult to counterfeit than ever.