There are plenty of times in life where you will be faced with the decision to sign a contract for goods, services, or even employment.

If you cannot have a lawyer present to go over the contract for you (and really, who has those kinds of resources?) then it is important to know some basics to avoid getting into a messy agreement.

Here are five essential things to know before you sign a contract.

The indemnity clause usually comes towards the end of the contract but it is the part that can cause the most problems.

Essentially, these are the clauses that point out who is responsible for any problems within the agreement and who will be made to pay if there is a need for legal action.

Many companies have warranty claims in addition to indemnity clauses, but they can be thought of in the same basic light.

Beware of indemnity clauses that leave you holding the bag for any and all actions within the contract. Some companies, especially internet based companies, have a history of putting in language that recuses them of any kind of problem with the services and products they offer and leaves all of the financial and legal baggage with the user of the service.

While these clauses are standard and compulsory for use of many websites, they are not always ironclad and legal even if the wording seems to suggest so.

To better understand how a clause can or cannot be held legally against you, check out number five on this list.

Contracts come in a variety of forms. The form of contract you are presented with can tell you a lot about the type of deal that is being entered into and also the perceived power levels that you have in relation to the other party.

Generally there are three types of contract and they are listed here in order of legal strength: contracts under seal, express contracts, and implied contracts. Under seal is a term for a contract that has been made and then stamped with a seal.

The seal was meant to show the solemnity of the contract and basically any contract that has legal precedence can be thought of at this level.

Implied contracts are contracts made by people essentially by living or being together in a space. An implied contract is a set of rules that people agree to but do not necessarily write down.

Implied contracts can cause legal problems because they are not, by definition, enforceable. 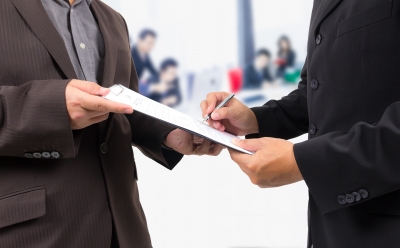 The general style of contracts can be further broken down into the equality of the parties of the contract. It would be nice if contracts were mutually beneficial to all parties involved, but that is not always the case.

Some contracts are so one sided that they are referred to as unconscionable contracts. These are contracts that are made when one party has such overwhelming power over another party that the contract is thought to be entered into only by the ignorant.

Many consumer use and consumer goods contracts are of this nature and are usually the result of poor market competition.

Utility companies often have contracts that are essentially extortion because there is not getting around the need for the service so the prices cannot be avoided.

Fortunately there is a fair amount of government oversight to help deal with contracts of this nature.

The second most important portion of the contract to scrutinize, after the indemnity clause, is to know what happens if there is a breach of contract.

The indemnity talks about who is responsible if there is a problem, the breach of contract clause details what is paid if there is such a breach. In simple contracts for services there is usually a penalty cost.

This is seen when entering into a contract for a cell phone or a gym membership. Some breach of contract clauses can detail penalty costs, wage garnishment, and even criminal ramifications.

Finally, it is important to understand what qualifies as legal incompetence in terms of getting out of a contract. If you are illiterate you can still sign a contract and be liable for the details within.

Normally there is supposed to be a third party that reads and verifies the information of the contract with you. Even if they lie or are incompetent themselves, you can still be held liable.

Only in cases where it can be proven that the third part is in league with the first party can fraud be declared. The same goes for being mentally deficient or intoxicated, the onus of proof will fall on you to prove that you were not made aware of something.

It is crucial to contact a legal professional when dealing with contracts that are not routine (such as website terms and use – and even then sometimes it is worth a second opinion) because the burden of contracts is on both parties and the party presenting the contract has very likely covered themselves in as many avenues as possible.

Always consider your position carefully and make sure that you understand what you are signing.