If you’re working at the data centers, you will know how important cooling is for the entire system. The computers at the data centers run for hours at a stretch and get extremely hot, thus increasing the chances of wearing out soon. Moreover, overheating of the data center computers also have several environmental consequences that need to be addressed immediately.

Whopping increase in the amount of data being created and stored has led to high-functioning servers in the data centers, which need to be cooled down from time to time. At present, the industry is embracing advanced technologies to provide cooling without increasing its carbon footprint. The traditional cooling methods are also being regarded as less efficient while cooling modern servers.

Let’s now talk about the evolution of cooling systems so the tech companies can have a clear idea about the options they have in hand:

With the idea of separating the hot air emitted by the servers from the cold air, the cold faces of the cabinet are kept away from the hot ones, leading to the development of a convection system. This method is old, simple and less-efficient for large servers.

In an attempt to improve the cold aisle/hot aisle system, the servers are isolated from each other and contained separately to prevent the mixing of hot air and cold air. Although this is a bit more efficient, it gives rise to issues of hot spots often. 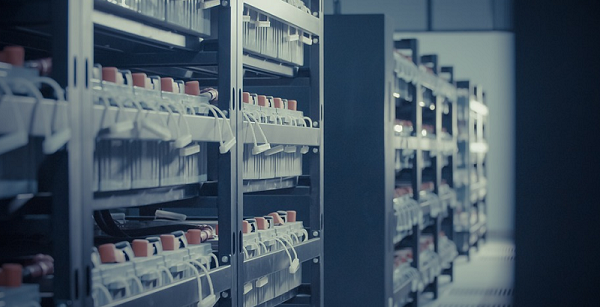 With the advances in technology, the companies are moving towards innovative and sustainable cooling systems for their servers. Liquid-based data center cooling is one such amazing next-generation technology. In this method, a cooling liquid is made to flow across the heated parts of the server, which is completely immersed in it, thus cooling it down effectively.

It should be noted here that the liquid coolant used in the immersion technology is a non-conductor of electricity, rendering it safe for large-scale use. It’s also environmentally-safe, aiming to achieve the sustainability goals of the industry.

This is, yet another advanced liquid-based cooling technology that’s being adopted by tech companies, owing to their simplicity and high efficiency. The heat generated by the servers evaporates the water used as a coolant and turns it into gas, which is then successfully removed. In areas with low humidity, the evaporative cooling system turns out to be highly effective.

How to choose a suitable data center cooling system?

Before you narrow down to a cooling system, you should consider the following factors:

Your decision will define the future of the data center industry, so make your choice accordingly. Do your research well and pick a solution that meets your needs as well as that of the ecosystem.

Safety Tips That Must Be Followed When Using A Unit Heater