In this contemporary world of digitalization, the social exchange has empowered people with huge earning potential. Nowadays if a person has the best skills, he or she is in good shape.

Any skill can be marketed through social media and thus fetch a mass audience base. These viewers create views. Thus, the progress of the skill-based economy in the recent era has shown steady growth, and the consumer market for this base is rising. There will always be a demand for these skills, and thus they should be monetized to earn a higher income.

There are two primary methods to make money on a YouTube channel. The YouTube Partner Program (YPP) is the more known method of making money. This works in a simple way. YouTube allows advertisement on that channel, once a channel proprietor matches a collection of needs, he or she is allowed for the program. YouTube rewards channel proprietors for clicks and views on those associate advertisements.

The amount of income changes, and until you have ample followers or subscribers, the probability of making good some of the money from just a YouTube channel, with revenue from the advertisements, is limited. This is valid particularly for channels that have started recently and who do not satisfy the guidelines of having at least 4,000 watch hours in the past one year and a minimum of 1k supporters in the channel. 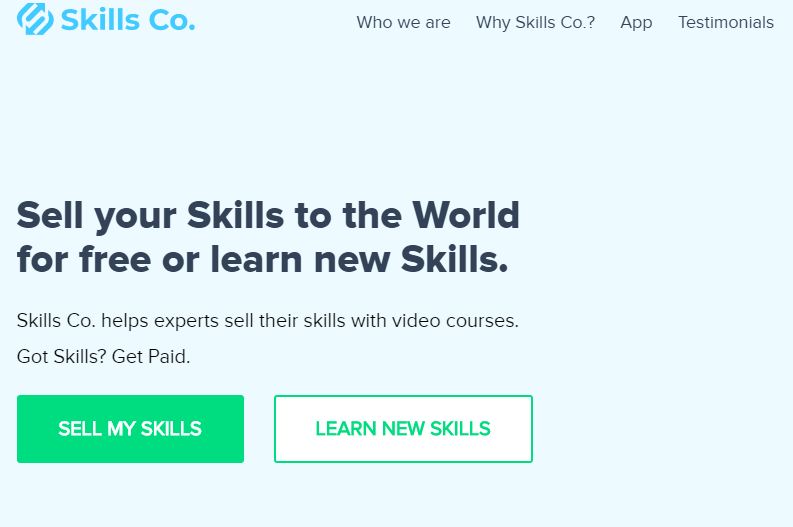 Making money for new YouTubers can be immensely challenging this way. However, there is great news, and it is that you can get the opportunity to monetize even if your channel doesn’t satisfy the YPP criteria.

Here we are brought to the next way to make money with YouTube by using unique video content. The answer to earning is by satiating the immense hunger for informative and useful videos of the world… to have a stable plan for distribution of your videos such that it fetches the highest value, paying viewers who are looking for it.

This permits creators to earn by maximizing their content distribution applications and elevating the cover of your potential of earning online. Thus, with just minimum effort, one has an endless possibility of earning. By producing video tutorial courses on Skills Co. for free, what you share on YouTube becomes a valuable stream of possible consumers for your complete courses which are available for purchase on Skills Co.

There is an individualized home page for every user in Skills Co. Where their top-rated skills are promoted, and thus Skills Co. gives you the scope to earn by sharing your talents with others.

Skills Co. organization is extremely driven to improve your content hence maximizing your earning potential.  Skills Co. can be used without any cost, is ad-free and is available for anyone, anywhere. One can also access it from smartphone using iOS or Android app.

Why only upload on YouTube, when you have powerful Udemy Alternatives like Skills Co.? The best and the wisest way of earning money is not to use YouTube alone, but to use that fantastic platform in association with Skills Co to accelerate the potential of earning in multiple streams of income.