If you want to build an app company that you could eventually sell, then it’s important that you have some apps that are making money or ones that have been downloaded thousands/millions of times.

By monetizing your apps it allows you to build a residual income from them without having to do any additional work.

So let’s look at some ways to monetize your apps.

By charging a price for your apps, it means that you get paid instantly when someone chooses to install them. You simply set a price, the customer pays Apple and then Apple pays you (minus their 30% cut).

Paid apps used to be the easiest way of making money but in 2013 most developers have switched to the freemium model which means giving apps away for free but monetizing them with in app purchases. 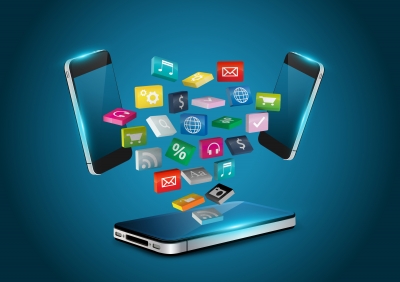 This is the most common way of monetizing free apps. You can include banner ads at the top or bottom of your app and you’ll get paid a small amount when a user clicks on the banner.

In app purchases are very hot at the moment. Its how games such as Farmville and Draw Something are making millions.

Many games use in app purchases to buy extra credits so that you can buy extra items to use in the game. Many games have packs of tokens or coins that you pay a certain amount for then can use how you wish in the game.

Another popular in app purchase is to simple upgrade to a pro version which may have extra features or will just remove advertising.

It is estimated that between 3% – 5% of users will pay for an in app purchase.

Online magazines for example are becoming hugely popular on mobile devices. People are happy to pay a monthly subscription to have new content delivered direct to their device.

You could setup monthly magazines for any topic including health and fitness, finance or recipes etc.

You can include affiliate links into your apps and then get paid a percentage when someone buys a product.

This could be as simple as an offer wall where you advertise other apps and get paid when someone buys them through the app store.

Or you could use push notifications to advertise special deals, where you send a message with your affiliate link built in.

Image courtesy of KROMKRATHOG at FreeDigitalPhotos.net